March 25, 2010
Carpenteria californica, commonly known as tree anemone, is an oxymoron to be sure. A shy, uncommon weed 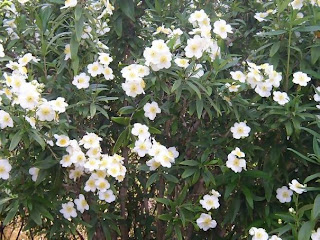 In nature, it’s found only in a tiny area of 20 square miles in the foothills of the southern Sierra Nevada Mountains here in California. Yet it grows like a weed (if a bit of a sensitive one) in that it survives and reproduces in a harsh environment of annual drought, extreme heat and cold. 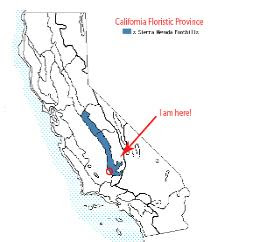 The interesting thing is that it doesn’t seem to like its native environment very much. During stressful, waterless times it droops, wilts, turns yellow & half dead only to pop back to its very attractive state with some rain. Compared to its native neighbors, it is a show-off, producing an ostentatious display of blooms happily pollinated by local insects, loads of viable seeds but a net result of almost no seedlings. Most of the typical California native evergreen plants have developed much more sangfroid in their survival strategy. 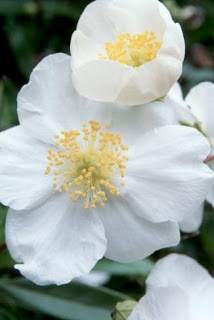 And the poor plant was not even discovered properly. An explorer, J. Charles Fremont, found it in the 1840’s, but unfortunately he was a bit confused as to his actual whereabouts at the time, so it was lost again for almost half a decade. Somehow, in the meantime, it ended up in the UK and Europe, where it is still very popular. In fact, there are cultivars available there of which we can only dream.

After a century and a bit, it has finally made its roundabout way back into cultivation here in the US, and is available as an absolutely lovely bushy plant with scads of fabulous big white scented flowers, blooming for several months of the year. And as long as you don’t impose a complete watering hiatus upon it (though it is considered drought tolerant) it will give you nice foliage as well.

An added bonus is that if your house burns down, Carpenteria californica grows back and multiples best after a good, raging fire. Also, it apparently tastes quite bitter and is unappealing to sheep and deer, should that be an issue.

If you have a spot for a really pretty survivor do consider the tree anemone. 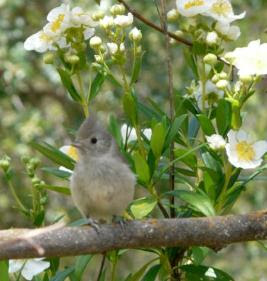 Bird is optional, but makes a nice addition....
Weekly Weeds provided by 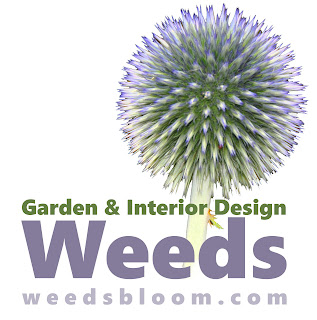